Wow. last post was four years ago. Nyare, Teh?
Posted by karenderya at 9:34 AM No comments: 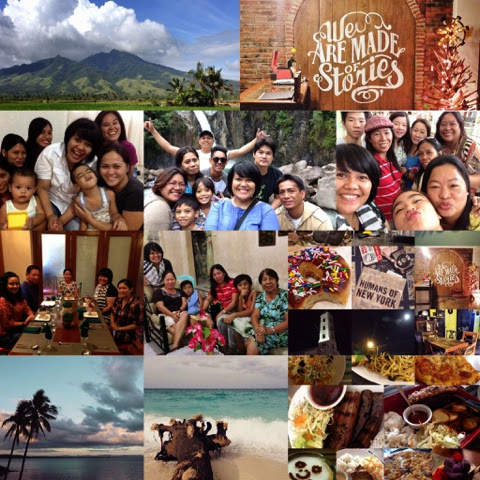 Posted by karenderya at 2:44 PM No comments:

Dreams, Closures and Everything in Between

It was probably closure — that thing they call when you finally want to get over something— that "something” that has to be done to signify finality and to somehow become a marker that tells you, “hey okay this is the end…” or something like that.

I have not been dreaming for the past weeks because I am barely sleeping. I have had a lot of things going on in my mind which coerces me to stay wide-awake and think things through. Some are trivial and do not even merit recognition while others are slowly consuming the rest of my energy.

So tonight, without intending to, I slept earlier than usual on a Sunday night.
I’m pretty sure you’ll get a million other little dreams going on in your head but only the clearest and the more recent usually stands out.

I dreamt of him— the way I usually dream of him years after I met him. But not in the more recent years because, along with the old forgotten stories I had in the past, I shelved him in the deepest places where I could only see him if I decided to look up for something I am not sure still belonged to me.

I dreamt of him; and in my dream, I went out with him to buy a pair of classic Tretorns. But before he picked me up, I prepared and tried to look good, not for him, but for myself. I remember staring at the mirror and I could clearly see myself looking back at me. I wore metallic blue shadows and my hair was curled perfectly. Dreaming or awake, I thought, that was the most beautiful “me” that I have seen.

We went on to buy the Tretorns and I don’t really recall if we held hands or kissed or whatever, but I knew in that dream, it felt really good to be with him.

It was the most amazing feeling in the world, but even I at that time knew that it was a dream— only because even though reality is painful and ruthless, it is never that hazy, or blurry or grainy like that. But I will take it anyway. And being a citizen of both this world and the ephemeral, I also knew when I had to snap out of it and wake up.

It was 7 o’clock in the morning. And I think, this is the marker I have been looking for, for years.

I hope you are reading this.

Posted by karenderya at 2:59 PM No comments:

Email ThisBlogThis!Share to TwitterShare to FacebookShare to Pinterest
Labels: closure

To M, my sputnik sweetheart

In our lifetime together,
You will lose me
And I will lose you
Many times over.
But your love will be my map. I will always come back.
Posted by karenderya at 11:48 AM No comments:

Posted by karenderya at 1:58 PM No comments:

Dream, Witnesses and the next best thing to Immortality

Those people who know you best and whom you shared the worst and the best days of your life will bring back the most important memories of your life, in case you lose them along the way.

Earlier today, my bosom friend sent me a message telling me that she dreamt of me last night, the monologue I presented in Prof. Alegre's theatre class where I played Eris, the Goddess of Discord. It was, I think, the greatest performance I did because I do not usually act on stage. This happened about a decade ago. Until today, I have lost this memory of me playing Eris. I am thankful for her reminding me this.

I have always thought that our friends, our partners and our family perform the most noble function that is to be witnesses that we lived. They will always be a living proof of how well or how rotten we lived our lives. They, with so much hope, will outlive us to tell our story. And that I think is the closest substitute to immortality.

(I woke up in the middle of my sleep to write this down. I thought of this in my dream, too. Thank you, Maphene )
Posted by karenderya at 4:29 PM No comments:

Of Apologies, Noodles and Heavier Topics

This is Mr. Luk, the same guy in my previous post who painstakingly wrote the english translation of the more famous chinese dishes that he assumed we will be ordering.
He treated us to a noodle dinner and a conversation that mostly involved sign language and crooked english, we came upon asking him if he has already gone to the Philippines. He said not yet and shook his head. Ate Jet, the woman seated beside him quipped, "ayaw niyan baka ma-Mendoza daw sya." I was too shy to ask what she meant by ma-Mendoza meant until Mr. Luk started describing the "former president who asked sorry". That's when I recalled what Erap was saying sorry for. It was a heavy topic to discuss over beef brisket, coke and beer. I would've wanted to say sorry too and tell him that not all Filipinos will "Mendoza" him, them but I didn't know how to. 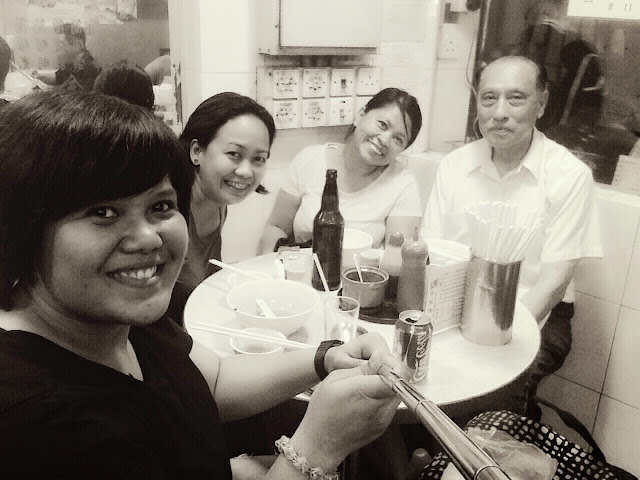 Posted by karenderya at 9:45 PM No comments: