Cynthia Alexander is my great hero-- in Music I mean.
I was ecstatic when I found out she was going to perform live at the lobby of our company.
I had to really ask permission from my boss if I could report to work a little past my time so I could watch it.
On the phone, she was like:
"..Cynthia who?"
"..Alexander boss. I dol ko kasi yun eh."
"anu ba yung mga kanta niya?"
"hmmm. ano, mga Indie. Indie na parang Bayang Barrios level. uhm, maski kasi kantahin ko, sure ko di mo pa rin kilala eh"
"ok ok, 11 ha. Text Harold so he knows he needs to come in early to cover."
"yey! orayt!"
I just blurted out Indie. I am poor at categorizing songs to their genre.
All I know, are Country and Jazz songs. And if you are to let me explain how one song can be categorized as such, i also don't know. 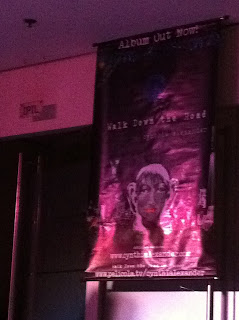 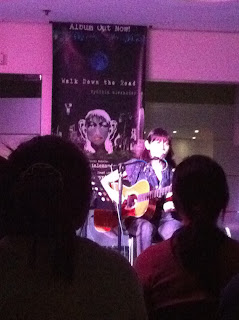 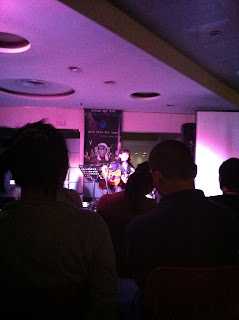 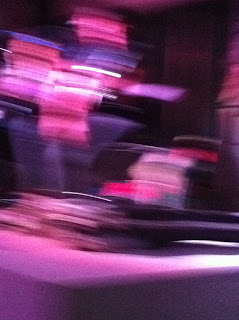 She was joined by her equally talented partner onstage, Mlou Matute ﻿who did second voice, played the organ, a small drum, a rainmaker and sort of a windchime--which produced nature-like sounds.
I wanted to unroll a mattress beside her and sleep.
It was epic.
And as usual, no more than 50 people were there. I loved it more. :)
Posted by karenderya at 2:12 AM