We gave up the dream of watching "Babae sa Septic Tank" because of its elusive schedules.
Sold out lahat! OA!
When the film started to hit the nearby local cinema that is Greenbelt 5, puro hapon naman ang palabas so kamusta naman ang tulog ko kung matatapos ang screening ng 5 ng hapon and 10 pm ang shift ko diba.
So we waited and waited until my managers Heidee and Hettie even our AVP Tsok has given up the quest.
Bukod sa Babae sa Septic, we also wanted to watch Zombadings: Patayin sa Shokot si Remington but we had the same fate. 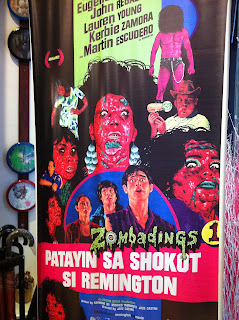 So after a hefty brunch at Salcedo Park with Ethan, Hettie, Biboi, MItch and Yna, Mitchi and I decided to just go to Glorietta before heading home. While at the mall, MItchi's agents texted that they were on their way to CCP to watch Babae sa Septic. I didn't hold hopes high kasi baka pareho lang din but when they finally said na they had tickets, we both really got excited!
Cab to CCP where we were welcomed by a bunch of students (kasi yung iba nakauniform pa) and people from all walks, matanda bata, mejo matanda, mejo bata. We headed to Tanghalang Nicanor Abelardo where Inah Evans, Baranggay Queen was waiting for us. 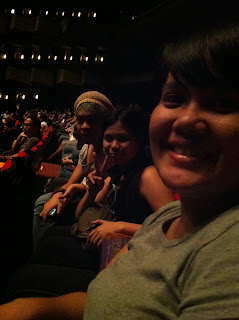 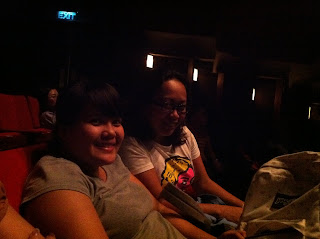 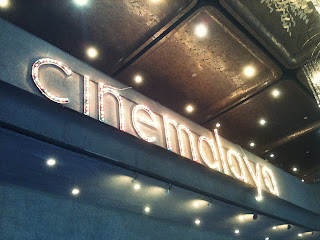 The film was as expected, hilarious. As in OA sa tawa, lalo na when she was explaining her 3 methods of acting. Right then and there, we knew, Uge is gonna nail it again.

After the film, which needless to say, was sooo sulit, we staye at the lobby to let our spirits settle down. Picturean sa mga backdrop ng sponsors until I saw Jaclyn Jose and Andi Eigenmann. I dragged MItchi from her spot hoping that we could get lucky to have a pic taken with Ms Jose and her very pregnant kid, Andi.
Without realizing that Uge was actually in front of her.

Nobody moved a muscle. Nobody dared to raise our lowbatt phones to take her pictures, and when we finally got out of being tranced, this was what left of her image form afar: 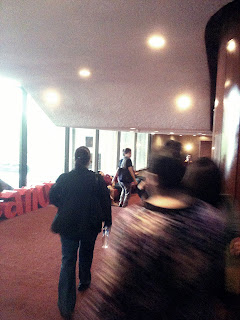 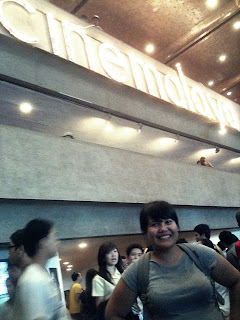 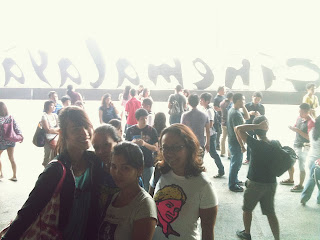 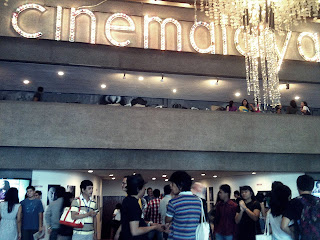 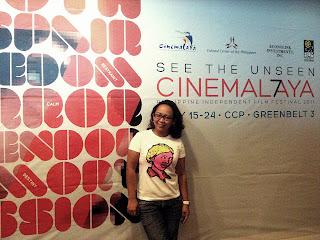 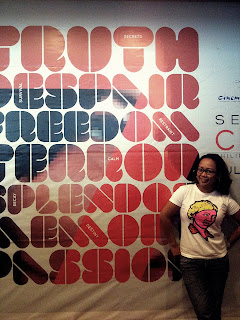 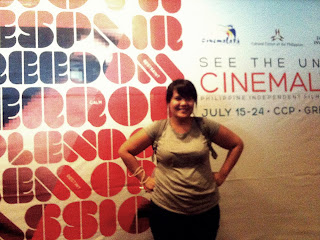 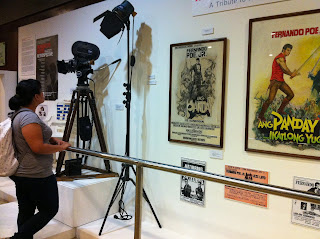 ﻿
And then before the iPhone finally go off, i had the opportunity to have this taken. 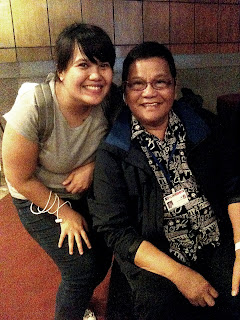 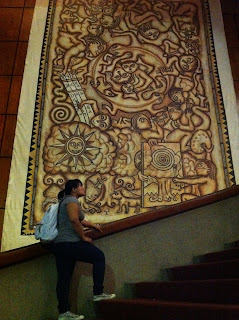 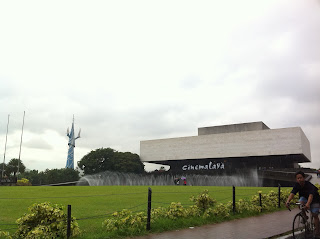 Email ThisBlogThis!Share to TwitterShare to FacebookShare to Pinterest
Labels: cinemalaya