It's shame not to share this to those who have not read and those who have not perhaps known Steve Jobs.
My life was changed the moment I had my very first iPod in 2007. And one can really have no idea how this man single-handedly changed the way we looked at the world.
Thank you Steve.
Your memory will stay with us-- with or without your Apples. 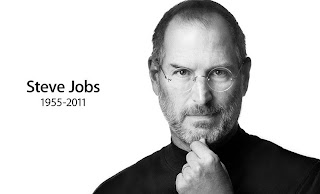