To My Cat Who Doesn't Know How To Read

Dearest Catniss,
I don't ever think that you'll eventually learn to read to know what this letter would mean but I hope, in everyday I will get to show you and make you feel how I love you.
I never had any pets that were not contained in a tank of water ever since I was a kid. I and Papa are asthmatic so i don't need to further elaborate why. i became contented with the goldfish and paco we bought in in Cartimar.
Our house in Makati could barely fit us all.  We had no room for pets except one time, I had to insist and bought a small fishbowl which eventually occupied the makeshift dining table.
Our the apartment we now have in Westbank seemed a little conducive for having pets. But still, dogs and cats like you were expensive. Mitchi who had more than a dozen of dogs in her former house turned down my idea of getting a pet. For so many reasons. Perhaps she got tired of taking care of pets or she probably thinks I suck at these things.
Then, during the Christmas season of 2013, I finally had you. Mitchi finally agreed and bought you. You were meek and quiet. Probably the stress you experienced from the long haul of you previous home to your new house which was mine.
You were so tiny. I didn't have any pet carrier then so I slid you in a medium sized Mango paper bag which you only occupied half of it. Your food was Whiskas Junior in Tuna flavor. And when your previous owner started telling me about dry and wet food, deworming, vaccinations, rabies shots, grooming and all, my heart started to panic. Aren't cats supposed to be auto-pilot pets? I thought.
So slowly, reality sneaks in. You pee and poop on random time of the day. And your poop? Gosh. I was warned that cats poop are really worse than the dogs' but i underestimated it. Even the cat sand couldn't be of any help. From 10 meters away, I would know if it's time for me to clean you up.
You scratch and bite just about anything-- even the hands that feed you. Yes, quite literally. Thanks to you, my hands are now full of bruises and cuts and bite marks whenever I try to feed you, play with you and most especially when I bathe you. Our Apple chargers and other wirings are now dented and left with your bite marks. I only wish that you won't get electrocuted in time. That would be terrible.
My grocery cart used to have shampoo, soap, lotions, a few cold cuts and meat. Now, sometimes, I had to skip the meat section just so I would have enough money to buy you Whiskas and milk.
Before I got you, my boss kept telling me that I will lose my right to call in sick due to asthma the moment I get to have a cat. Since then, I have never been late nor absent due to asthma. Afterall, I wasn't allowed to, at all. My asthma did not get better by having you. I just stopped complaining about it.
I once brought you to the vet clinic to have your ears cleaned as they were alarming to see. Then the vet found out you had earmites and prescribed medications and all. At the end of the day, I found myself paying for your medical bill which is almost equals to my 3-day pay.
It would be too early to say that you were the pivotal moment of my life. That would be an exaggeration. But having you means I am responsible for another life and whose needs depend on me so I have to go home early to feed you, bathe you and let you play.
You are not an easy task to have. You definitely did not come with a manual for me to read and a money back guarantee in case I couldn't handle you anymore. But I'd say, you are worth it.
Love,
Ker 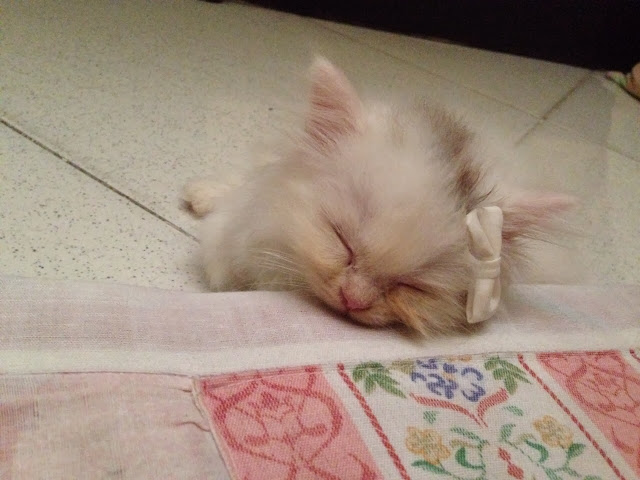 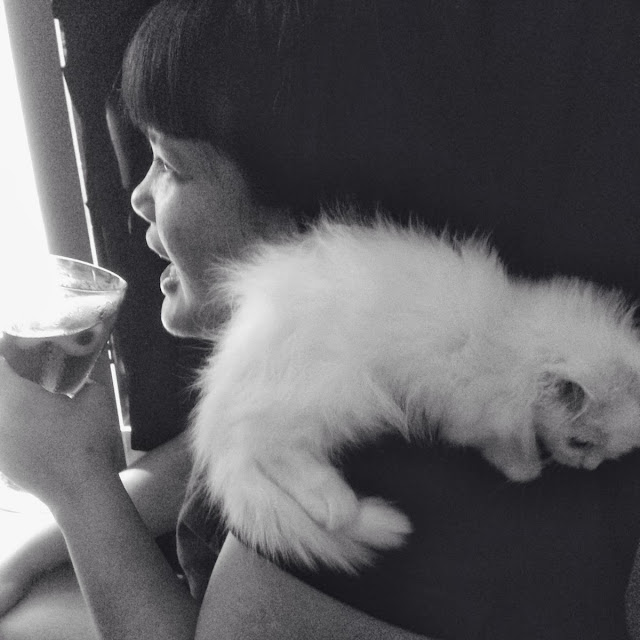 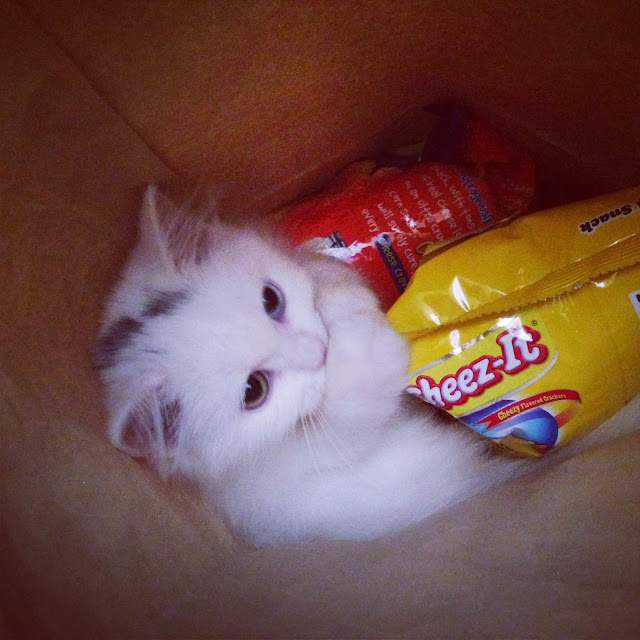 Posted by karenderya at 1:02 PM

Email ThisBlogThis!Share to TwitterShare to FacebookShare to Pinterest
Labels: Catniss