Saying Goodbye -- For good, For Love, for Death 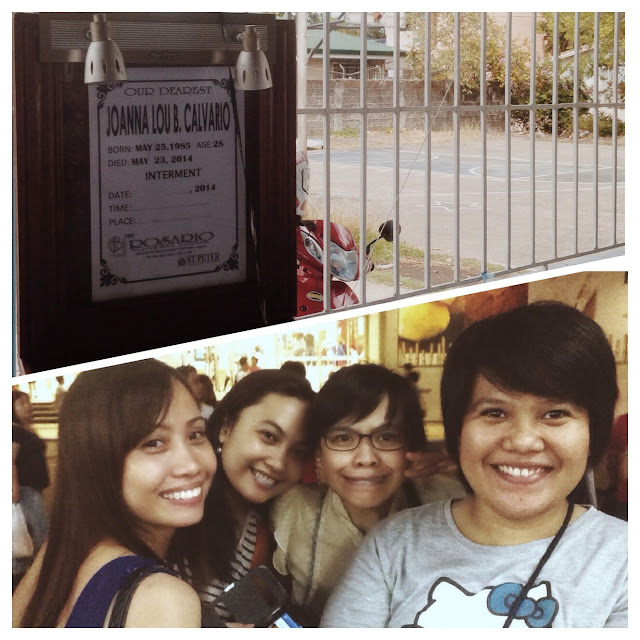 One, decided to move back to their home in the Visayas and chose love over a blossoming career in the city. She decided to follow her boyfriend's advise to be with him instead. She didn't mention plans of getting married but sacrifices like these would only mean bigger things for them. And with so much hope, I pray they end up together, eventually.

They actually broke up back in college when, I guess, the guy thought my friend was too young and immature for him. My friend told me, she never expected that they would even end up as friends as this guy told her that he never became friends with is ex-es. But then, one morning he realized that perhaps life is so short for him not to follow his heart and so he added my friend in FB and the rest as they say is history.

I told her I never had doubts that they would eventually end up with each other. (Although I still sometimes think that the guy back then was a jerk breaking up with her for his reasons.) So now, I'm glad they are together and that my friend chose love over anything. It wasn't surprising after all. That probably is common among us-- Fortywinks, my college barkada. We will choose Love over anything. No matter what.

I lost Luv because of her heart.
In May 23rd, she suffered what seemed to be a cardiac arrest-- the first, worst attack, according to her family, and sadly the last. She only lasted for hours after the attack.

She was able to write notes to her family and all the while, she was looking for WiFi hotspot to be able to say goodbye to her sister in Dubai and to us perhaps. She wasn't able to do so. However, we are happy to assume that she remembered us before she went and that now, she is free from suffering and I guess happier now.

It was four Christmases since I last saw her, and about 2 years ago when we last had a conversation.
But I never thought of ifs or buts because I know, the time I have spent with you was more than enough for me to be a witness of how you lived. We will love her just the same.

Being in the middle of this exodus, I still find it something to be grateful to be part of their lives-- and that I am thankful to the Universe to allow us to meet each other during our journey. And be it for love, or for death-- life is beautiful as it is.
Posted by karenderya at 2:21 PM